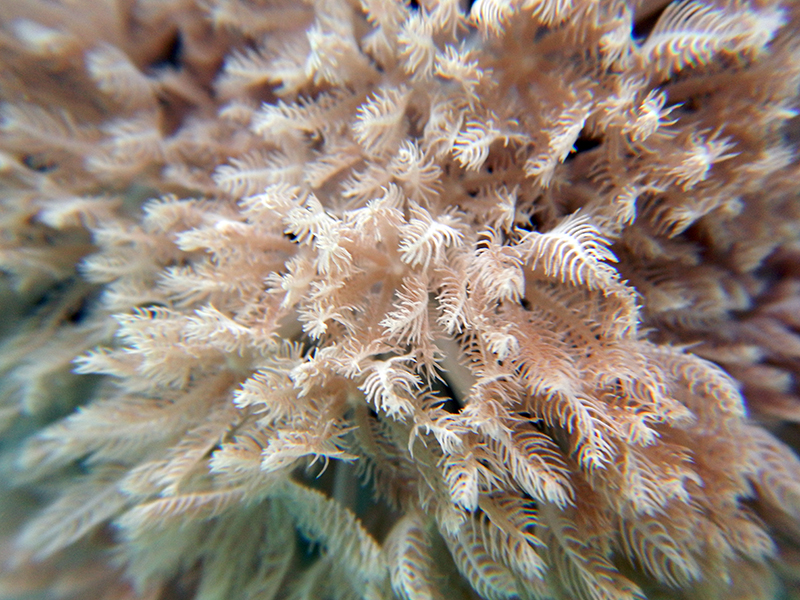 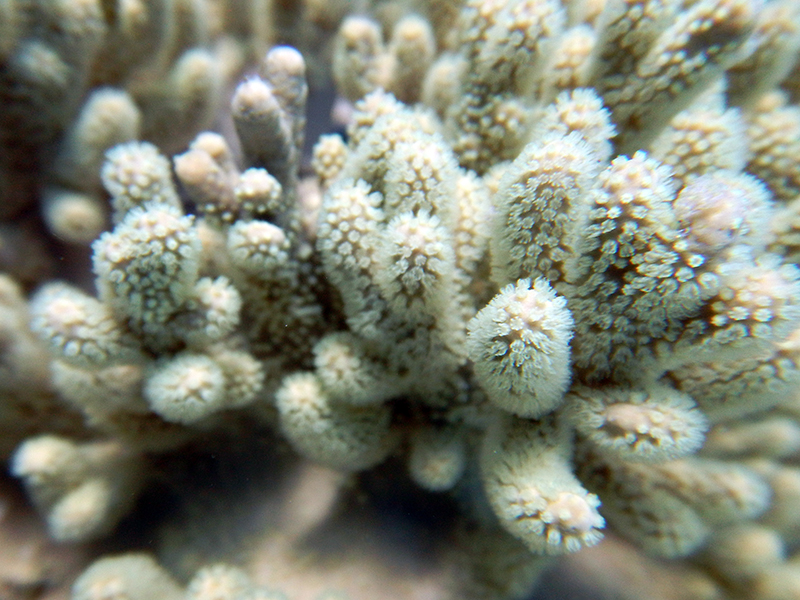 Timia Breederveld was born in the Netherlands and lives in Egypt, where she dives and writes. Her short stories are inspired by daily Egyptian life and surrealism.

You can also find her at Medium.


SHORT STORIES IN THE MAKING

My name is Yallah.

I never had to think about it before, but today something strange happened—someone gave me another name.

As usual, I awoke when the rooster three doors down started to crow. With a watchful eye, I strolled to the end of the street to relieve myself. It was a risky business—you never knew what was hiding behind the bushes. I'd already lost three friends to the yellow monsters in the desert, and I didn't want to become victim number four.

I hurried back to the house and settled against the door. The faint orange glow of the sun rose behind the mountains with the promise of another hot day.

A man in search of empty water bottles rummaged through the trash.

From inside the house, someone called "Allah" followed by words I didn't understand. After a quarter of an hour, the voice disappeared, and the silence returned.

When the sun showed itself, the quiet faded away. Sluggish, I watched the increasing activity in front of me. A woman opened her door and threw garbage on the street. A little boy rolled an empty water bottle over the sand with a stick. In the distance, chickens picked fights with each other and cars honked their horns.

Just as I dozed off on the ground, the door pushed against my back and someone called my name. I jumped up and wandered a few paces into the street. Behind me I heard the door open further, and close. Expectant, I turned around. My stomach felt hollow and I longed for the sweet taste of an apple or a sugar cane.

Disappointed there was nothing to eat, I ambled over to the three pairs of scuffed shoes next to the door. I snuffled them for a second or two, but the smell was foul. Oh-oh, something was up, the shiny ones were gone. The door flew open and two feet in polished footwear stepped out into the street.

Behind me, a fast approaching car created a small sandstorm that made me sneeze. Loud music came from the vehicle. It halted in front of me. The man who stepped out acknowledged my presence and said my name.

"Assalamu Alaykum," the owner of the polished shoes said.

"Yallabina," one of them said.

The men slapped each other on the shoulders, got into the car and sped away.

Why had there been no food from the door today? I sauntered across the street to inspect the garbage. I was lucky and feasted on a cabbage leaf and a piece of bread. Satisfied, I returned to the door for my morning nap and fell asleep.

The noise of car doors slamming pulled me out of my dream. I hoisted myself up, and with a leisurely gait, left my place at the door. Two cars stood together in the street. The one up front was as glossy as the shoes I'd seen before.

The owner of the shoes came at me and called, "Mahez."

I turned my head and looked behind me. There was nothing to see except sand.

I didn't like the sound of it and trotted toward the desert. I heard his footsteps following me. A few seconds passed and two hands forcibly grabbed me by the scruff of my neck.

My name wasn't Mahez—it was Yallah. If what he called me was my true name, how could I have forgotten that?

The man lifted me up and carried me to the back of the house. I saw the world around me from a different angle and felt dizzy from the fast way we were moving. Four long dresses were hanging over a fence and round dishes stood on the roofs of one-story houses. Behind the house, a man in a long dress was waiting with a butcher's knife in his hand.

Ahmed Nazari, second son of Abu Mohammed Nazari, proudly drove his new white Hyundai through the village of Qasr Hur. He honked the entire way, showing off the bloody handprints on the exterior of his car, thankful to The Prophet, who he believed, guaranteed a prosperous drive.

Assalamu Alaykum - Peace be upon you

Based on a true story that happend in my family some 50 years ago.


Two days after my fourth birthday, my parents hired a housekeeper. Mrs. Chambers came over three times a week, for six years, and never once smiled. She put on her apron, did her work and left. One day, she stopped coming.

Even though she didn't talk much and wasn't a lot of fun to be around, I missed her. She never pretended to be someone she was not, and she didn't care what people thought of her. Her silver hair looked like a bird's nest and when someone commented on it, she told them, "What do you care?" I admired that and I wanted her back.

Days passed, and I became impatient.

"Mom, when is Mrs. Chambers coming back?"

My mother's eyebrows went up. "Sweetheart, don't tell me you miss her."

"I don't like doing the dishes and cleaning up my room, that's for sure."

My mother's face turned serious and she folded the newspaper. She patted the cushion next to her, and I sat down. "Her daughter, Cecelia, is in the hospital. It's bad. The poor woman isn't going to make it. Mrs. Chambers and her husband are with her every day."

A daughter? That was new. "What happened to her?"

A lot of questions raced through my mind, but only one came out. "Really?"

"Poisoned how, and by who?"

"Slow down, sweetie. I don't know. I only know the police are investigating."

As time went on, Mrs. Chambers and her daughter stayed on my mind. Our housekeeper grew from a gray mouse to an interesting woman whose life was an adventure I didn't know anything about. I fantasized about spies, hidden treasures, mean witches and magicians. I wanted her back more than ever.

Cecelia died the same week. Mrs. Chambers showed up two days later—as if nothing had happened. She put on her apron, did her work, and left.

My mother urged Mrs. Chambers to stay home with her husband, but she wouldn't hear of it. "That's the last place I want to be," she said.

My fantasies about Mrs. Chambers soon died. I asked her many questions, but she didn't talk about her daughter—or anything else for that matter. She cleaned, made us lunch, and three days became four. She rushed from our house to the next without taking off her apron.

One day, she stopped coming.

"What happened to Mrs. Chambers?" I asked my mother.

"Do you remember her daughter Cecelia?"

My mother paused for a moment. "I might as well tell you because word will get around sooner or later. The police found out that Mrs. Chambers killed her."

"She intended to kill her husband and put a small dose of rat poison in the Coca-Cola bottle every day. He kept asking her to buy it. She never realized he did so to please his daughter."

Yesterday morning, I opened my fridge to find there was no more bread. I hadn't eaten since 8 p.m. the previous evening and I was starving. The many small supermarkets in my area have bread, of course, but nothing compared to the fresh, just out of the oven, rolls the bakery on Cherry Street sells.

The best time to visit the bakery is around 4 p.m. when a new baking round has just finished. Egyptians eat more bread than the population of any other country and the bakery sells out multiple times on a daily basis.

I prepared for my mission by slipping on my flip-flops and putting a ten Egyptian pound note and some coins—you never knew if they raised the price—in the back pocket of my shorts. Once outside my apartment my travels started on a sandy street. A man, with his phone attached to his head by a cord, rummaged through the trash in search of empty water bottles. A few children played with a deflated soccer ball as if their life depended on it.

As always, the bakery smelled of nothing. I wondered how they managed that, since they baked in the back.

The girl behind the counter stared at her polished nails. The place, filled with delicious and colorfully decorated pastry, contained no other customers.

'Assalamu Alaykum,' I said. 'I would like thirty small rolls for the amount of ten Egyptian pounds, please.'

'Yes, thirty small rolls,' I answered in my best Egyptian.

'For the amount of ten Egyptian pounds?'

She pushed a few buttons on her cash register, handed me the receipt, took the ten pound note and returned to her nail inspection.

I made my way to the bread section in the back of the shop, greeted the baker and gave him the receipt. Against all Egyptian customs, he multitasked between baking and giving out bread.

He took a quick glance at the paper and threw it in a basket. 'Thirty rolls?'

'For the amount of ten Egyptian pounds?'

The man put them in a plastic bag and wished me a good day.

As I left the shop, I couldn't help but think that Egyptian bakery staff are more than thorough.

'Why?' a man asked. The voice came somewhere from above and behind me, just when I squadded down next to my bicycle.

I tried to move my head and look up simultaneously, but the muscles in my neck refused any cooperation. I turned on my toes and tilted my chin toward the speaker.

A wrinkled man in worn out clothes towering above me repeated the same word, but I didn't have a clue what he talked about. My face must have given me away. The man gave a small nod in the direction of the two parts of the steel bicycle lock in my hands.

'Ah,' I said, 'I'm Dutch,' forgetting that this topic isn't included on the tulips, wooden shoes and windmill list.

For a moment I thought of standing up, but clearly the shrinking process of the man had started at least a few decades ago. Out of respect I stayed in place and waited for him to move on. On the street taxicabs honked their horns, trying to pick up customers and venters in long robes made an effort to sell their goods to tourists.

The old-timer stayed put and stared at me with raised eyebrows—he didn't have any idea what I meant.

'If you don't lock your bike in Holland,' I explained, 'there's a good chance someone might steal it.'

The man placed his walking stick with care against his right leg and, with some effort, lifted both arms. Accompanied by wide gestures in the atmosphere, indicating the population of Egypt, he told me, 'No here man bicyclette take, no steal here.'

I wondered how the French word got into the mix but let that minor detail rest.

The man lowered his arms, he took his stick and placed both hands on top of it. He just stood there without moving an inch.

When I closed the lock and put it back in the basket of my bicycle, he produced a smile and revealed a few brown teeth that hadn't seen a toothbrush for quite some time—or maybe never.

Satisfied, he trotted on and shook his head while saying, 'No steal here, no steal here,' to no-one in particular.

When I lost sight of him, I stood, collected my shopping bag and headed toward a shop without a door.